Carrageen (Irish Moss) is a red seaweed, which is hung outdoors for several weeks to be washed by the rain and bleached by the sun before use.
It is generally used as a thickener which has the benefit of being natural, and contains some useful trace elements and minerals. 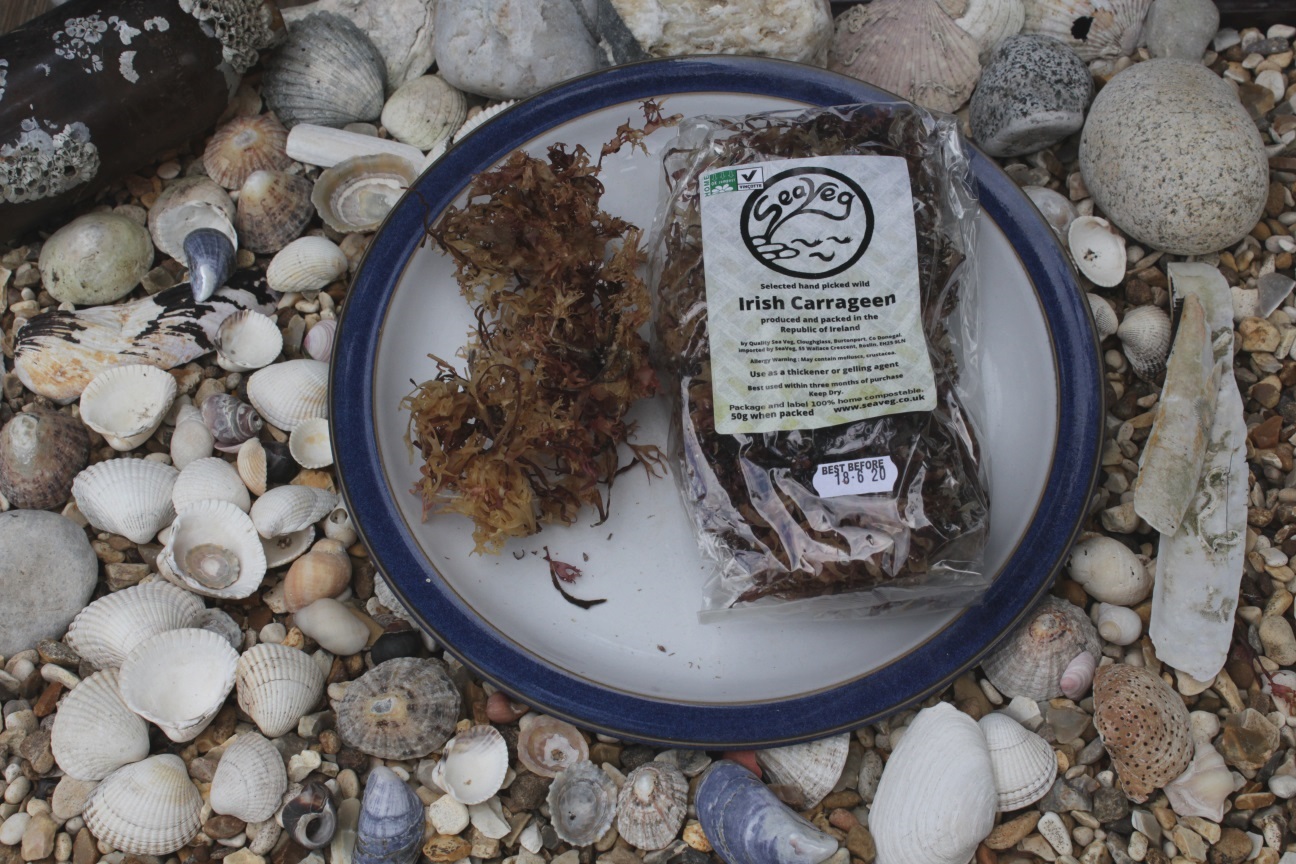 Put 6g of carrageen into a pan with 300g water, allow to stand for 30 mins remove any stems twigs etc, and boil for 2-3 minutes, stirring all the time, then turn down the heat and simmer for 20 mins to allow the mixture to break down and thicken, remove from heat and allow to cool.
The mass should be reduced to about 100g or about a third of its original volume. This is used in some cake recipes instead of eggs, or as a thickener. 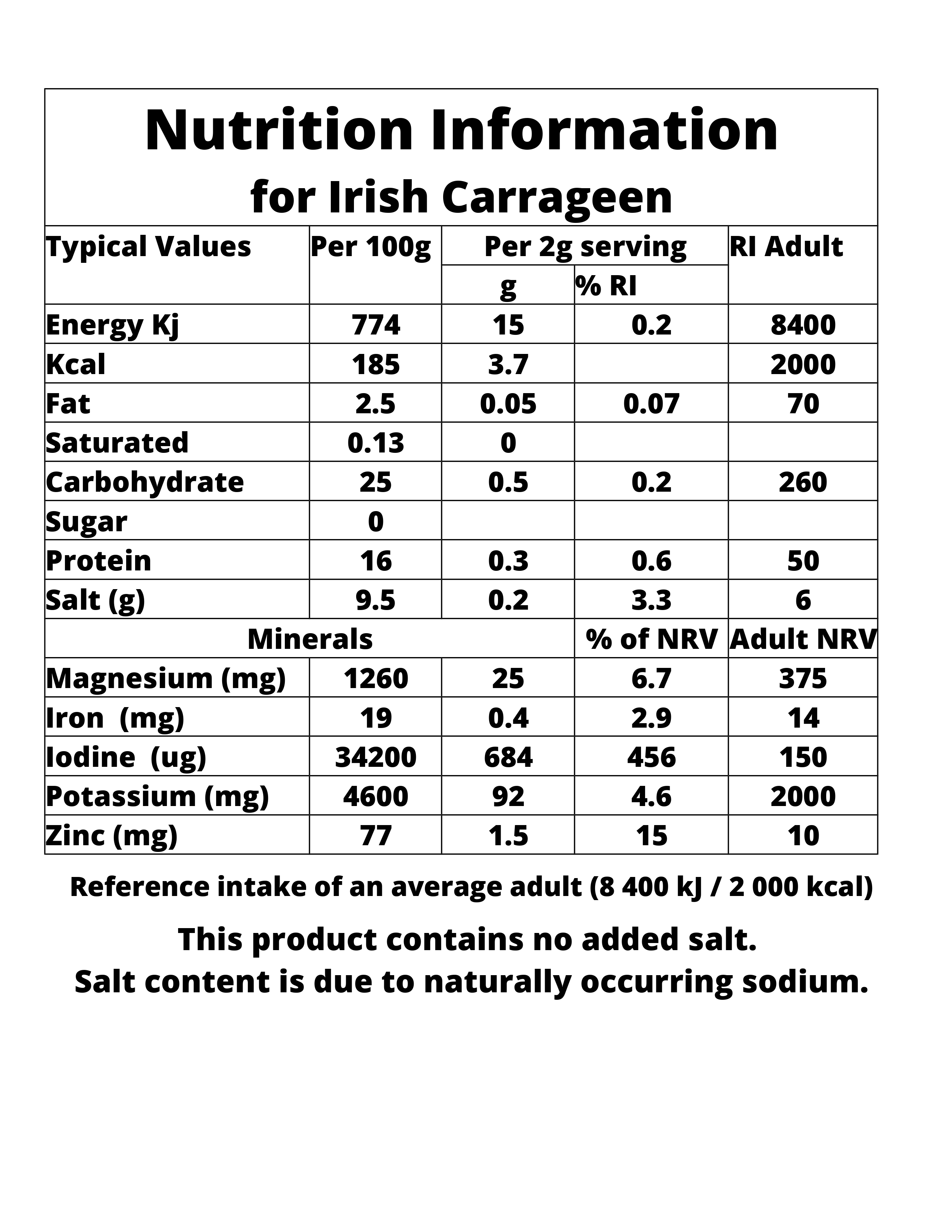